How to Talk about Gender Pronouns 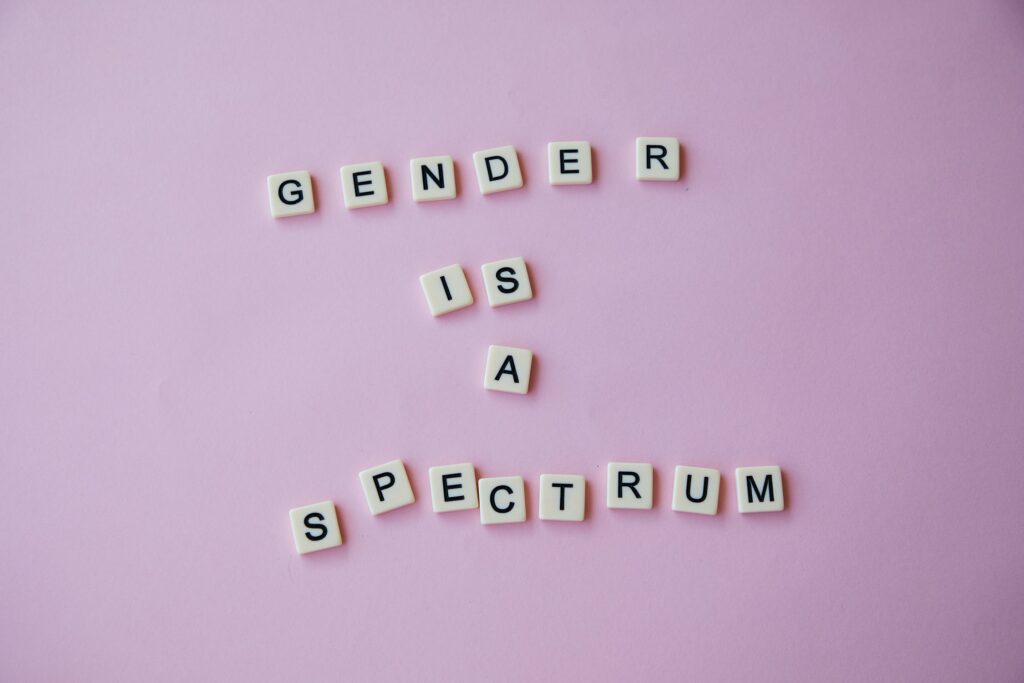 A noun is a word that refers to a person, animal, place, thing, idea, action, or quality. As the name suggests, pronouns are a subtype of nouns and are unique in that they can be used as substitutes for other nouns.

Think about how you would tell a story about your friend Lupe. Imagine how it would sound if the only identifier you could use was the name.

My friend Lupe is coming to visit soon. Lupe grew up in the town next to mine and we’ve been close friends ever since high school. Recently Lupe told me that Lupe will be moving back to Lupe’s hometown to be closer to Lupe’s parents who are getting older.

While it’s important to note that some people elect to use their name only, this is also where personal pronouns or gender pronouns can come into play.

What are Gender Pronouns?

Personal pronouns are self-elected and meant to be used to refer to a person that you are talking about. Sometimes personal pronouns also imply a gender, which is why they are often referred to as gender pronouns.

It’s important to note that the personal pronoun someone elects does not necessarily correlate with their gender identity. For example, a person can choose the pronouns he/him/his and not identify as male.

Personal pronouns are not fixed or set in stone, and everyone has the right to change their personal pronouns for any reason. In addition, some people use more than one set of pronouns at a time, and that is perfectly okay.

How to Identify Personal Pronouns

You can’t know a person’s gender pronouns from visual, aural, or other sensory queues. In fact, the only way you can know for sure which personal pronoun to use is if the person tells you. And there are two ways to find out, asking and/or listening.

You might say, “My pronouns are she, her, and hers, may I ask what yours are?” Or, “I go by she pronouns, how should I refer to you?” Notice first whether a person has already communicated their pronouns in some way before asking.

Be thoughtful about the information that you ask for or divulge in public or social situations. If you’re in a group, never single certain people out. For example, at the beginning of a meeting, you can include personal pronouns as part of the introduction process, “Let’s each share our name, our specific role, and, if comfortable, our pronouns.” And then introduce yourself as an example.

You can also normalize the process of indicating your personal, or gender pronouns in places like your email signature, Zoom profile, nametag, and website.

How to Use Personal Pronouns

While not an exhaustive list, some examples of personal pronouns include:

In Lupe’s case, you could say:

Lupe told me that they will be moving back to their hometown to be closer to their parents.

Lupe told me that she will be moving back to her hometown to be closer to her parents.

Lupe told me that xe will be moving back to xir hometown to be closer to xir parents.

Lupe told me that he will be moving back to his hometown to be closer to his parents.

Lupe told me that ze will be moving back to zir hometown to be closer to zir parents.

How to Think About Gender-Neutral Pronouns

Non-binary or gender-inclusive pronouns do not associate one dichotomous “male” or “female” gender with the person being discussed. Sometimes these are also called gender-neutral pronouns, though this terminology can leave out people who identify as gendered in a non-binary way.

The non-binary pronouns “one, one’s” were suggested to replace “one, his” as early as 250 years ago, and the singular term “they” has been floated in English grammar circles for the past nearly 150 years. Furthermore, the singular “they” has been known to common usage and literature for more than 600 years and was chosen as the word-of-the-year by Merriam-Webster in 2019.

If you’re not sure about a person’s personal pronouns and have not had the chance to ask yet, you might start by using they/their/them or no pronouns at all.

Gender-inclusive language allows us to speak without making assumptions about gender or imply that only two binary genders exist.

Words such as fireman, mailman, man-made, and stewardess are all gendered. Alternative options could be, firefighter, postal worker, synthetic, and flight attendant. For general terms, you can always use the words person, guest, friends, colleagues, and children. In addition, the title Mx. can be used in place of Mr. or Ms. as a gender-inclusive alternative.

None of these words exist in a vacuum. They are all used within broader power structures that have deep historical roots. There are always options for using gender-inclusive terms when that is more respectful and applicable.

Why are Gender Pronouns Important?

Words have power and using a person’s correct personal, or gender pronouns is respectful and validating. It also honors a person’s identity and promotes inclusivity.

When you misgender someone or misuse their pronouns it’s offensive and harmful. It can bring about feelings of alienation, distress, anger, and melancholy. It can also inadvertently–or advertently–out someone by exposing a part of their identity without their consent. This can cause deep emotional distress as well as physical and psychological harm.

What if I Mess Up?

If you use the wrong pronoun and you’re in a group, apologize, correct yourself, and move forward without drawing too much attention to it.

A simple, “sorry” followed by the correct pronoun is your best strategy. Later, in private, you can apologize and explore whether there is something more that you can do to fix your mistake or be sure to do differently going forward.

If you remember after the fact, find time with the person to acknowledge that you made a mistake, that you know the person’s pronouns, and that you’ll get them right going forward.

Remember not to put the spotlight on yourself. It may be tempting to confess your guilt in hopes that they’ll assuage it or to explain how hard it is to keep their pronouns straight. These are not appropriate, supportive, or healing conversations and should be avoided. In addition, don’t press the person to talk more than they want to.

Your privilege shows up when the topic of gender pronouns is not one that you need to think about very often. This is true for me, as a cisgender female using “she” pronouns. People correctly assume my pronouns without issue.

It’s important to note that there are experts and people with much more wisdom to share on this topic, particularly within the LGBTQ+ community. When people around you share their experiences, listen and learn. 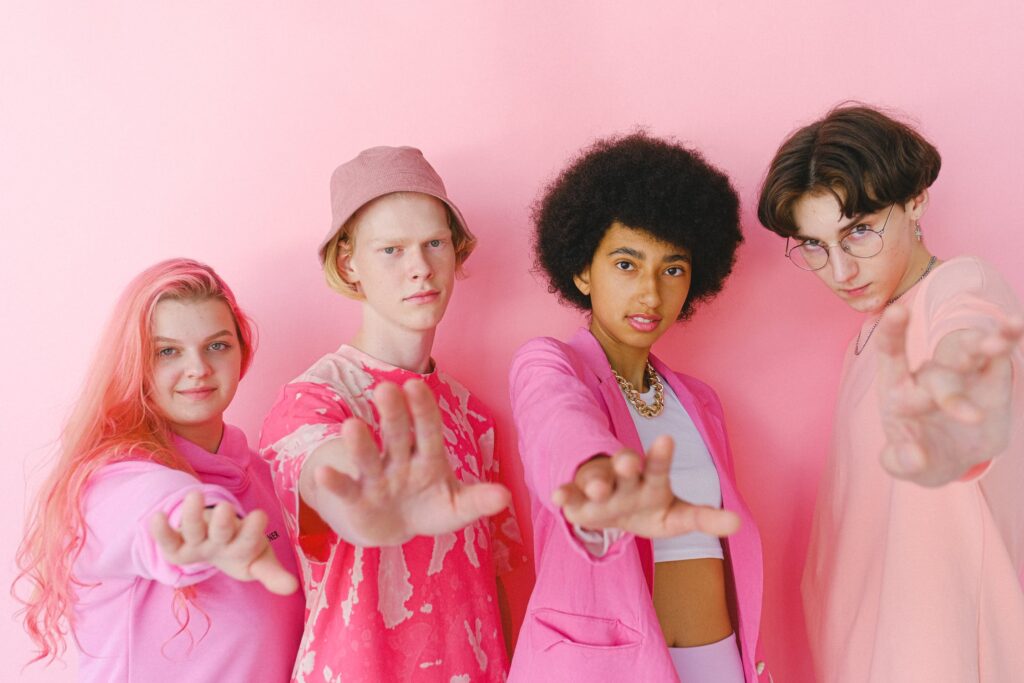 Reading Time: 5 minutes When you find out that your child identifies as lesbian, gay, bisexual, transgender, or is questioning their identity, it may come as a big surprise or even an unwanted shock. Other parents may long have suspected that their child may not be heterosexual or that they may come to question their gender later in life. Whether your child has come out to you, or is… 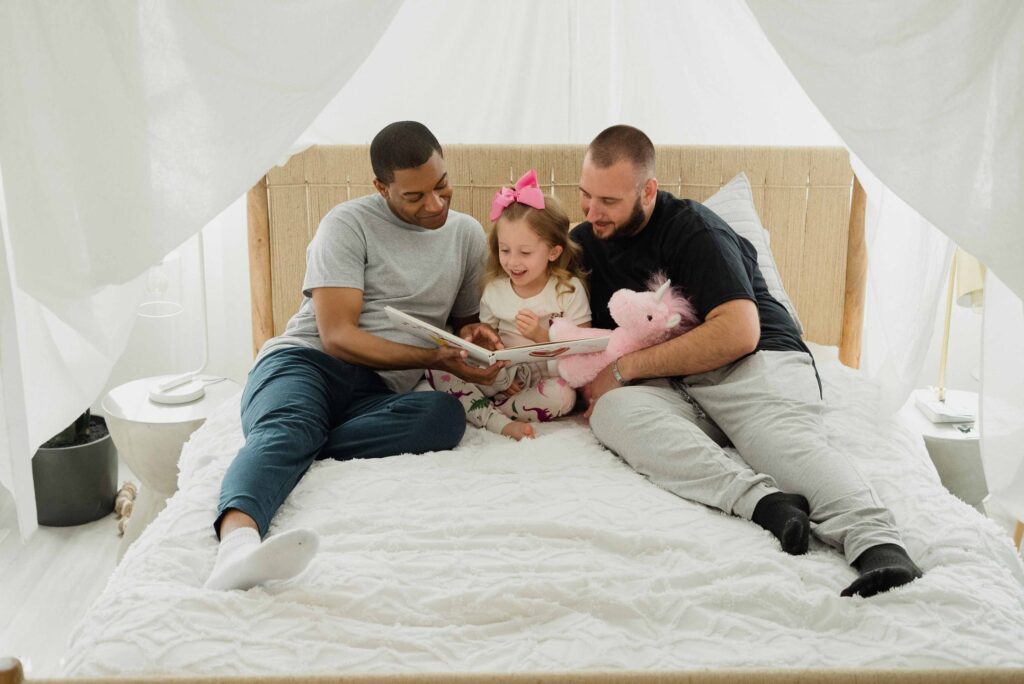 How to Confidently Raise a Child as a Same-Sex Couple

Reading Time: 4 minutes All parents soon learn that once you have a child, you’ll receive unsolicited advice, criticism, or disapproval from relatives, friends, and even strangers on the street. Somehow, having a child seems to give people the impression that they can pass judgment on you and your decisions in a way that they never would for any other part of another person’s life. If you’re parenting as…

How to Talk about Gender Pronouns

Reading Time: 5 minutes A noun is a word that refers to a person, animal, place, thing, idea, action, or quality. As the name suggests, pronouns are a subtype of nouns and are unique in that they can be used as substitutes for other nouns. Think about how you would tell a story about your friend Lupe. Imagine how it would sound if the only identifier you could use…