The Impact of Bullying on Your Mental Health 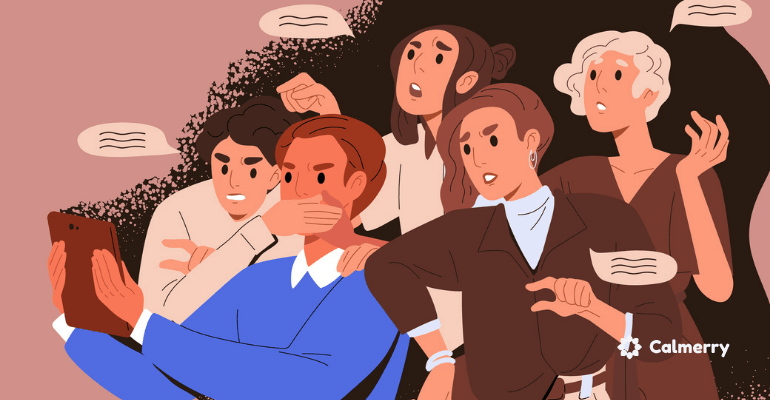 As we connect on web platforms around the world, we get the opportunity to interact with people we might never have gotten the chance to meet pre-internet. When it comes to bullying, that’s both a blessing and a curse.

While connections made across the web can foster a sense of community and combat loneliness, they can also create breeding grounds for cyberbullying.

Bullying can happen anywhere and to anyone. It might be on social media, but it can also be at school, work, a group hangout, a restaurant, a public park, or even at home. Unfortunately, most people have experienced, heard about, or witnessed bullying at some point in their lives.

Bullying is not the same as any rude or mean behavior. For example, if a person traveling to another town stops at a new place to get a coffee and the barista insults them, that is offensive and upsetting, but it wouldn’t be considered bullying.

Bullying has three parts to it:

Federally collected data show that around one in every five students ages 12 to 18 have been bullied. And it doesn’t only happen to young people. Studies have found between two and 30 percent of the workforce has experienced bullying at work.

Bullying happens for many reasons including to gain attention or popularity or to maintain power and control over another person.

In general, there are three overarching types of bullying:

With the global pandemic, many of us are taking our classes, connecting with our friends and family, and doing our work online. But this doesn’t mean that bullying has decreased. In fact, as people become more and more connected to their digital devices, cyberbullying has become an increasingly widespread and talked about issue.

Cyberbullying is bullying that occurs through digital devices including cell phones, tablets, and computers.

It can be done via:

It may include sending, posting, or spreading negative, embarrassing, or damaging information about another person. Popstar Zayn Malik is reported to have experienced cyberbullying early on in his career because of his race which caused distress, especially when it reached his family.

Complicating factors of cyberbullying are that it can:

If you become aware of or experience cyberbullying, it may help to preserve the evidence using screenshots or other methods. You can also report the behavior to online service providers as well as to schools and even the police if it includes threats of violence, child pornography, sexually explicit messages, stalking, or a hate crime.

That said, some general things to keep an eye out for include:

Signs that a person may be bullying others can include:

How does bullying affect mental health?

When people are bullied they can feel helpless, humiliated, and afraid. They may not tell anyone in an attempt to handle it on their own or to regain a sense of personal control. They may also be embarrassed, want to avoid being seen as a tattletale, or fear retribution.

The mental health effects of bullying are myriad. Being bullied, and even bullying can have a lasting impact on a person’s physical, mental, and emotional health both in the short term and down the line in their life.

Just because a person doesn’t admit to bullying or being bullied or seem outwardly upset, it doesn’t mean that their mental health is not impacted. In fact, there is an established link between bullying and mental health issues.

When you’re bullied, your self-esteem and confidence can plummet, even if you don’t believe the insults or condone the aggressive behavior of the bully. Over time, this insecurity can grow deep roots within you and make you start to question your self-worth.

The experience of being bullied and resulting in low self-esteem can ultimately develop into a depressive disorder with symptoms including feelings of sadness and hopelessness, a loss of interest in the things you used to enjoy doing, weight changes, sleep changes, and a lack of energy.

People who both have been bullied and have perpetrated bullying are generally impacted the most. However, this may not be the case for cyberbullying, where the person who is bullied is at a higher risk for depression than the people who bully them or even people who are bullied through other means.

When a child or adult is bullied, they can eventually develop an anxiety disorder later on including generalized anxiety disorder (GAD) or panic disorder. The lack of safety, unpredictability, and fear that bullying provokes, can lead a person to become hyperaware and filled with worry during everyday activities.

Bullying can be traumatic and has the potential to cause post-traumatic stress disorder (PTSD). Symptoms of PTSD include an increased startle response, nightmares, flashbacks, irritability, and exaggerated negative beliefs like “I’m worthless,” or “no one can be trusted.”

Bullying can lead to a toxic stress response in the body that has multiple psychological and physical impacts. If a person is bullied as a child and develops a toxic stress response, they can be more at risk for developing chronic diseases such as heart disease and hypertension as well as mental health issues including addiction and depression.

Furthermore, bullying doesn’t just impact the people directly involved. People who observe bullying can also experience mental health issues including anxiety and depression. They may also develop a stress response or struggle with an urge to intervene while also fearing retaliation.

Research has illuminated a link between bullying and self-harming behaviors–including scratching, cutting, hitting, and burning oneself–among adolescents ages 12 to 19. While not every person who bullies others or has been bullied will engage in self-harm, though it’s something to keep an eye out for.

Bullying can lead to feelings of exclusion, rejection, and isolation. As children, we develop our personalities and begin to carve out our place in the world. When you’re bullied, it can lead to problems with trust and self-confidence that make it hard to develop relationships with others, even later on in life.

Sometimes, a person becomes so distressed that they think about ending their life. This is called suicidal ideation. While most people who are bullied do not have thoughts of suicide, it can exacerbate the risk factors. If you or someone you love is starting to have thoughts about ending your life, don’t ignore them. Consider reaching out to a mental health professional or call the free, 24/7/365 National Suicide Prevention Lifeline at 1-800-273-8255.

For bullying that occurs among children, it’s essential that adults stay calm and step in. First, make sure that everyone is safe. If they are, separate the children involved, and convey the message that bullying is not acceptable. The way the adult intervenes is important because it models respectful behavior for the kids.

Common mistakes that adults tend to make include:

There are times when intervening in bullying becomes an emergency or requires additional support.

It’s typically time to call the police or get medical attention right away if:

Much of the same advice can be applied to adults who are bullied. If you’ve been bullied in the past or are being bullied now and it’s impacting your mental health, consider reaching out to a mental health professional for help. You can connect with an online therapist from any secure and private place where you have an internet connection.

When bullied, many people begin to internalize the negative messaging that they receive and develop a strong inner critic. “If I wasn’t so ugly, I’d be treated better.” Or, “I can’t do anything right.” While these messages may feel true at the moment, they’re actually internalizations of the bullying. If you’ve found yourself feeling extremely self-critical, explore what it would be like to tell yourself that you are enough, just as you are. Because ultimately, that’s the truth.

Your therapist can help you begin to recognize and challenge those negative thought patterns and work with you to develop healthy ways of coping while channeling your energy towards the things that are important to you. 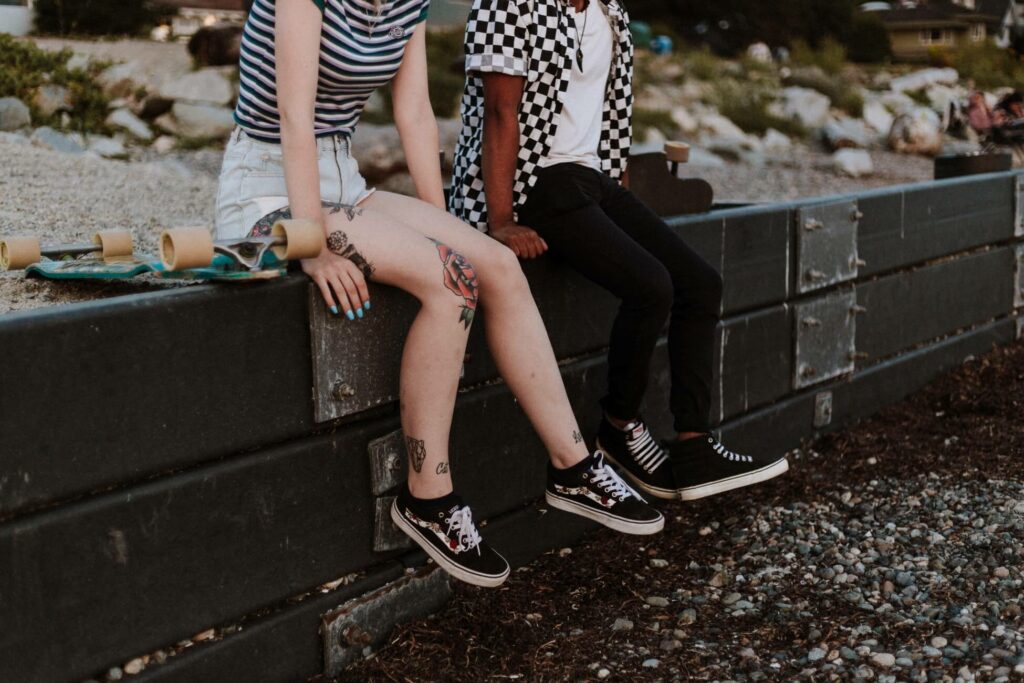 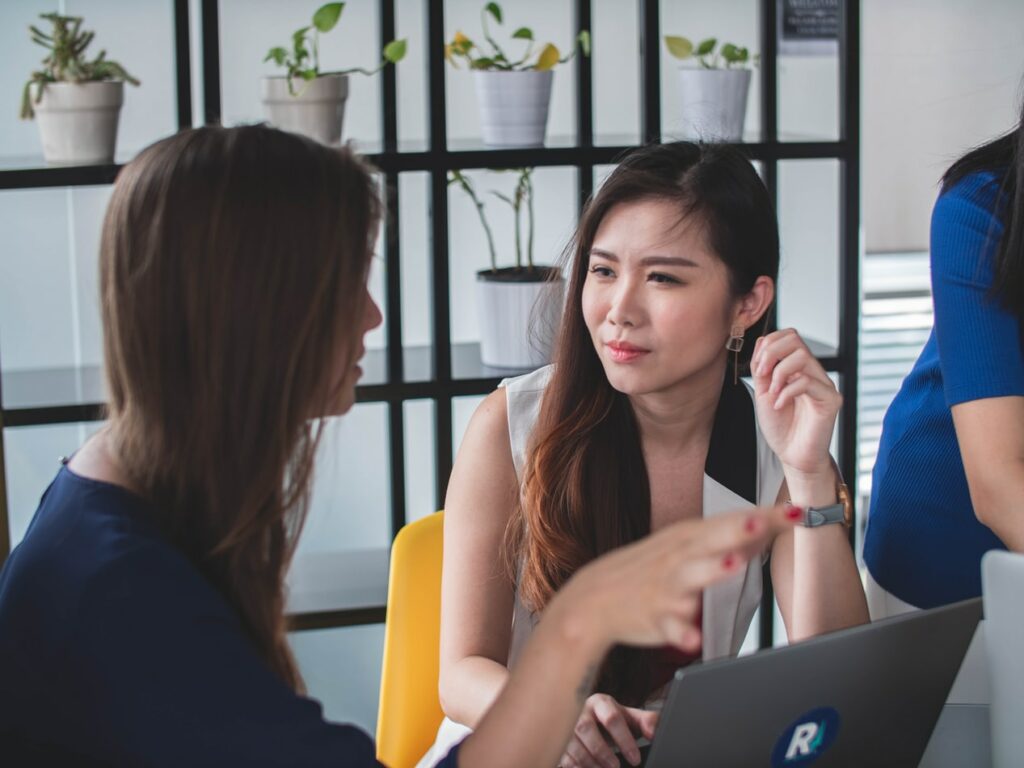