How to Help Someone Who Is Suicidal 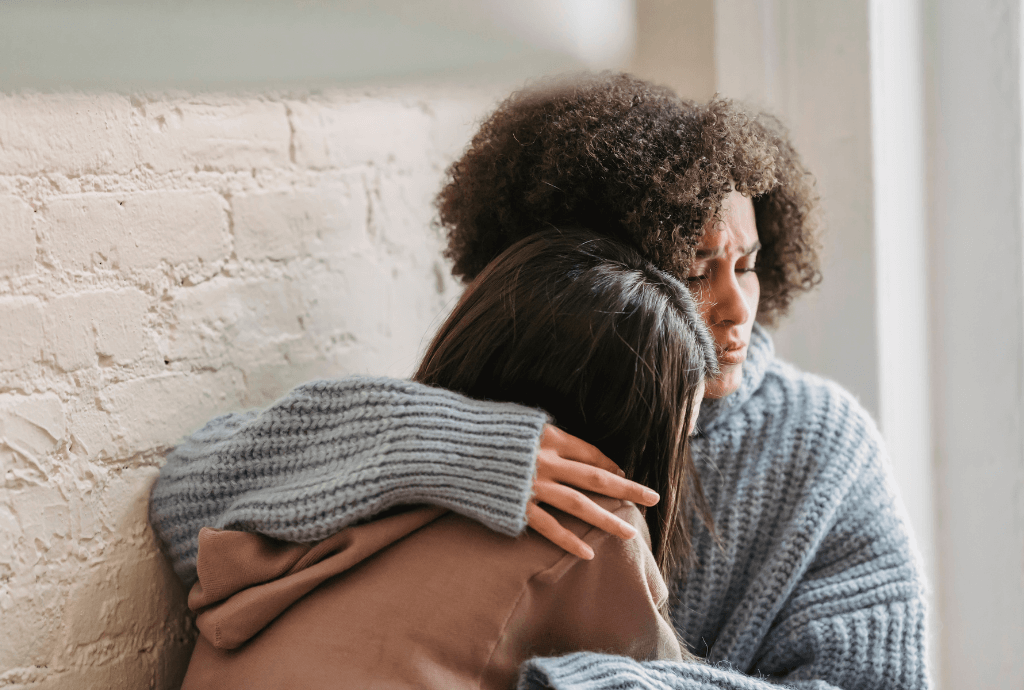 In many cases, suicide can be prevented. If you learn what the risk factors and warning signs are, you’ll be best positioned to identify when someone in your life needs help and know which steps to take to support them.

When you notice that someone important to you is struggling, it can be sad, scary, and hard to figure out how to help. It’s tempting to sweep it under the rug, hope that it resolves on its own, or offer a lot of unsolicited advice in an attempt to snap them out of it. In truth, none of these tactics are very effective.

If you’re concerned that someone you care about is suicidal, take it seriously.

Suicide is more common than you may think. Worldwide, more than 700,000 people die by suicide each year.

What are suicidal thoughts?

Suicidal ideation involves thoughts or ideas about suicide that often wax and wane over time. This means that a person can experience abstract thoughts for a few minutes one day and later experience more intense thoughts for a much longer period or not think about it again for years.

There’s no typical pattern, level of intensity, or set of thoughts that tend to happen.

Therefore, suicidal thoughts can range in:

Some people may also feel guilty for considering suicide when they know it will hurt people in their life who care about them. They may convince their loved ones that they are coping well or they may not be able to find the words to speak about it. Others will talk freely about their suicidal thoughts.

There are multiple reasons why a person may consider ending their life, including escaping

Can suicide be prevented?

In many–but not all–cases, suicide can be prevented. The best way you can help is to learn the risk factors and warning signs, offer caring, non-judgemental support, ask directly if the person is considering harming themselves, and get them connected to trained professional help.

While suicidal thoughts and feelings can happen to anyone and there is typically not a single cause, there are some known risk factors which include

Most people who have any of these risk factors will not attempt suicide and there is no clear formula to determine who will act on suicidal thoughts.

That said, family and friends are often the first to recognize the warning signs and are well-positioned to intervene.

It’s very hard to interpret how another person is feeling, and with suicide, sometimes there are no warning signs at all. It’s important not to blame yourself if you did not pick up on another person’s suffering.

On the other hand, it’s just as important to take all signs of suicidal behavior seriously. If you have reason to believe that someone you know is considering suicide based on their words or actions, don’t ignore it or play it down with the hopes that it will resolve on its own.

Some warning signs to look out for include

How to support someone who has suicidal thoughts

While you’re not responsible for preventing someone from taking their own life, it’s important to take suicidal comments or actions seriously.

It can be extremely uncomfortable to talk about suicidal feelings and you may be at a loss for words.

A good place to start is to understand whether there is an immediate need for action including finding out whether anything has already been done to try to kill themselves before talking with you.

You can also explore if they have a plan in place for the future and if so when that plan will take place. In general, the more complete the plan, the higher the immediacy and severity of the risk.

If the risk is immediate

If someone you know is at imminent risk of ending their life, dial 911 or your local emergency number right away. If you’re with them and it’s safe for you to do so, don’t leave them alone and remove anything that they can use to hurt themselves. See if you can get them to agree to hold off while you get supports in place.

After you’ve alerted emergency personnel, try to tell a trusted family member or friend about what’s happening so that more people can be of assistance, and you’re not left to manage the situation on your own. You can also drive them to the nearest hospital or emergency room if that can be done safely.

If the risk is not immediate

While all indications of suicidality should be taken seriously, it is not always an emergency.

If they’re not in immediate danger and you’re not sure where to start, consider

What to say to someone who is suicidal

If someone has opened up to you about their suicidal thoughts, it’s a gesture towards safety. While there’s a good chance you won’t come up with a solution right then and there, the main goal is to keep them safe, listen, support them in getting professional help, and let them know you appreciate their openness and you care about them.

If they haven’t told you outright, but your instinct is telling you that something is up, you can start the conversation by pointing out why you’re concerned (e.g., they haven’t been showing up for plans, they’re making comments that raise your internal alarm).

It might feel uncomfortable to ask so directly, but it is typically better to be compassionate and direct rather than skirt around the issue.

Keep in mind that asking someone does not make suicide more likely to happen. In fact, in some cases, it may reduce suicidal ideation.

In addition to your direct question, you can also ask questions like

If it turns out that they are thinking about suicide, even if there’s no imminent threat, don’t promise to keep it a secret. Instead, try to remain non-judgemental. Remember that acknowledging the other person’s feelings is not the same as agreeing with them. Ask open-ended questions and explore what you can do to help.

And offer to help take the steps to make that happen.

Once you’ve acknowledged the other person’s feelings, you can also offer hope and reassurance that things can get better with treatment. Be curious about coping strategies that have helped in the past and remind them that they are not alone or a burden to you.

It’s also important to regularly follow up with the person. If you’re not able to be there consistently or you’re far away, talk with them about who else might be able to help. Connectedness is a protective factor against suicide. The Lifeline, a therapist, and other community and social supports can help a person to feel less overwhelmed and less suicidal.

What not to say

It can be just as helpful to think about what not to say as you’re considering how to support someone who has suicidal thoughts. A few things to avoid include

Trying to talk them out of feeling the way that they do will likely shut down communication. For example, responses like “things could be worse,” or “there’s so much to live for” may feel true to you, but they are disregarding the other person’s experience.

The idea is to not contribute to feelings of rejection, loneliness, guilt, shame, or being misunderstood.

Help them make a safety plan

When the person you care about is not in immediate danger of attempting suicide, you can also support them by encouraging them to create a plan to stay safe when a crisis arises. If they’re already working with a counselor or mental health professional, they may already have a safety plan in place.

In general, a safety plan is an individualized plan that reviews how to cope when suicidal feelings get stronger. It can include warning signs to pay attention to, specific people or hotlines to reach out to, and actions including removing certain objects from the home, refraining from isolating yourself, and engaging in certain activities like painting, singing, spending time with a pet, or watching a movie.

It can also include things like creating a “hope box” that is filled with items or reminders of what is beautiful in your life and what there is to keep living for.

Get support for yourself

Supporting someone who is having suicidal thoughts can have a big impact on you. Your online therapist can work with you to process your feelings and help make sure that you’re taking care of yourself.

It is easy to get sucked into a caretaker role and lose track of what you’re going through. But caring for others works best when you’re caring for yourself. In therapy, you can connect back to yourself and make sure your basic needs are met while having your own personal support system to get through it with. 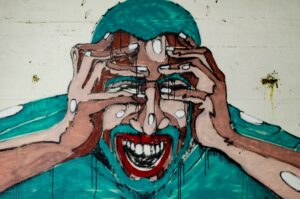 Crying for No Reason? Here’s Why

Reading Time: 6 minutes Have you ever found yourself crying for no apparent reason? It can be very alarming when you start crying but can’t pinpoint the reasons behind that have made you so upset. In most cases, when we start crying for no reason, there is a cause.  Some people start crying when watching videos or reading books. Others get emotional and start crying at funerals. For others,… 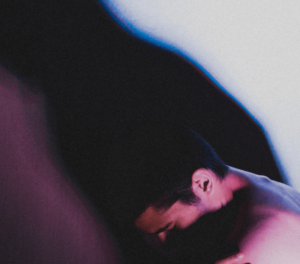 Does Lack of Motivation Mean You Are Depressed?

Reading Time: 6 minutes Lack of motivation is one of the main signs of depression. However, it doesnt mean that you have this mental illness. We all might have no energy for endeavors and struggle from lack of motivation from time to time. In this article, we will help you find out reasons you dont feel motivated enough. Also, we will discern the feeling of being unmotivated from clinical…

The 7 Stages of Grieving and Their Effects

Reading Time: 6 minutes When you are in sorrow due to a particular loss, you face a hard time expressing your grief. The difficulty may be because you do not know how to express yourself or talk about your feelings. Grief can occur in various forms, and it arises from many causes. A few of the causes could be losing a job, being diagnosed with a threatening illness, losing…

Read more
This site requires anonymous cookies and third party services to function properly. This site may store and process health-related data for purposes of providing counseling and related services. To continue using Calmerry, you must consent to our Privacy Policy. You can opt-out at any time.
Reject Approve