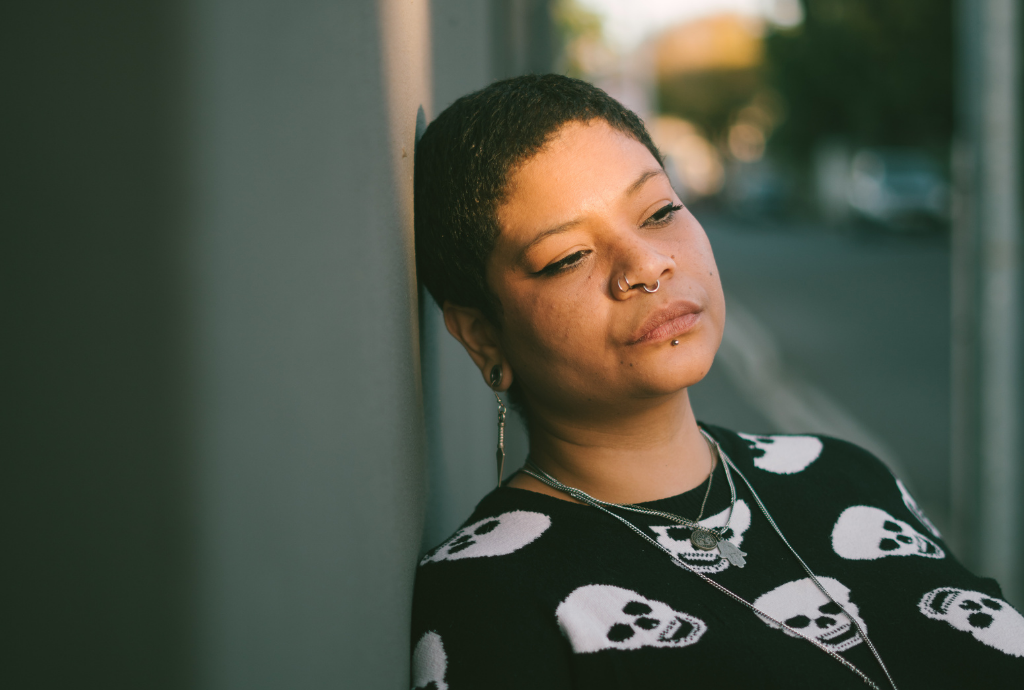 Most people would rather be thought of as down-to-earth and funny rather than egotistical or narcissistic. People who are able to use humor to make fun of themselves or recognize their flaws tend to be self-aware, appealing, and approachable. Yet, there’s a fine line between humility and over-the-top self-deprecation.

Self-deprecating phrases like “it was nothing” and “I’m such an idiot” are so common we often don’t even notice when they happen. And it’s not always a bad thing. Self-deprecation can be disarming.

John F. Kennedy, who was the embodiment of charisma and magnetism in 1958 was also highly celebrated for his self-deprecating wit. In order to drown out the noise of critics claiming that the US election was being bought by his wealthy father, he quipped, “I just received the following wire from my generous daddy: ‘Dear Jack, don’t buy a single vote more than is necessary. I’ll be damned if I’m going to pay for a landslide.’”

Yet, self-deprecation can also cross the line into self-sabotage and fuel low self-esteem. The tendency to denigrate or disparage oneself has been linked to depression and anxiety and can also become a form of self-sabotage, leading others to ultimately believe the negative things that you say about yourself.

It can also put a strain on your relationships by forcing other people into the position of constantly feeling like they have to prop you up or manage your fragility.

What Does Self-Deprecation Mean?

In The Remarkable Rocket, a short story by Oscar Wilde, a talking firework called Rocket is told by a dragonfly that the frog he is speaking to has already swum away. In response, the Rocket says,

”I am not going to stop talking to him merely because he pays no attention. I like hearing myself talk. It is one of my greatest pleasures. I often have long conversations all by myself, and I am so clever that sometimes I don’t understand a single word of what I am saying.”

The last line, “I am so clever that sometimes I don’t understand a single word of what I am saying” is often used as a quote exemplifying self-deprecation.

In practice, it might show up as not being able to take a compliment (‘this old thing?”), low self-esteem, an instinct to downplay yourself and your efforts, or a belief that if you acknowledge your skills and accomplishments, you’ll come off as pompous and arrogant.

Self-deprecation is most often packaged in the form of a joke. It could be about your appearance, behaviors, performance, something from the past, or some other personal issue.

When done right, it can be one of the funniest forms of humor. It can also break the ice in tense situations, and help people feel at ease. In recognizing the limitations of all humans and cracking fun at the high expectations that we set for ourselves, self-deprecating humor can promote camaraderie and even self-acceptance.

Some people also make jokes at their own expense to avoid seeming overly pretentious or to appease others.

The Link to Self-Hatred

Self-deprecation might stem from a healthy place–not taking yourself too seriously or using it as a social tool to offer comic relief and help get your message across.

It can also emerge from a deeper, more harmful feeling of self-doubt or even self-hatred which can hold a person back and cause a great deal of suffering. Negative self-image may arise from

When a person experiences a traumatic event the entire world can begin to feel unsafe and people become untrustworthy. Inner narratives of being undeserving of love or lacking self-worth can be protective, and can also develop from criticisms or perceptions gained from abusive caregivers and partners.

Perfectionism is another source of self-criticism that can be intertwined with trauma but can also arise completely separately. It’s wonderful when a person takes pride in what they do, and normal to want to be validated for it. Perfectionism takes this to a whole other level, leading a person to develop a sense that they are permanently flawed or defective–fueling the flames of their inner critic.

Self-criticism is both a symptom and contributor to Major Depressive Disorder and other mental health conditions including anxiety, eating disorders, and bipolar disorder. Like perfectionism, it involves a tendency to set unattainable standards for yourself and consistently feel disappointed when you can’t meet them.

4 Signs That Your Self-Deprecation Has Gone Too Far

If you’re making fun of yourself or putting yourself down when no one else is around you might begin to believe in the self-deprecating jokes that you’re making. At some point, they might not even be jokes at all.

A strong inner critic can be exhausting and suck the joy out of your life, highlighting each and every flaw and shaming yourself for tiny missteps or mistakes. 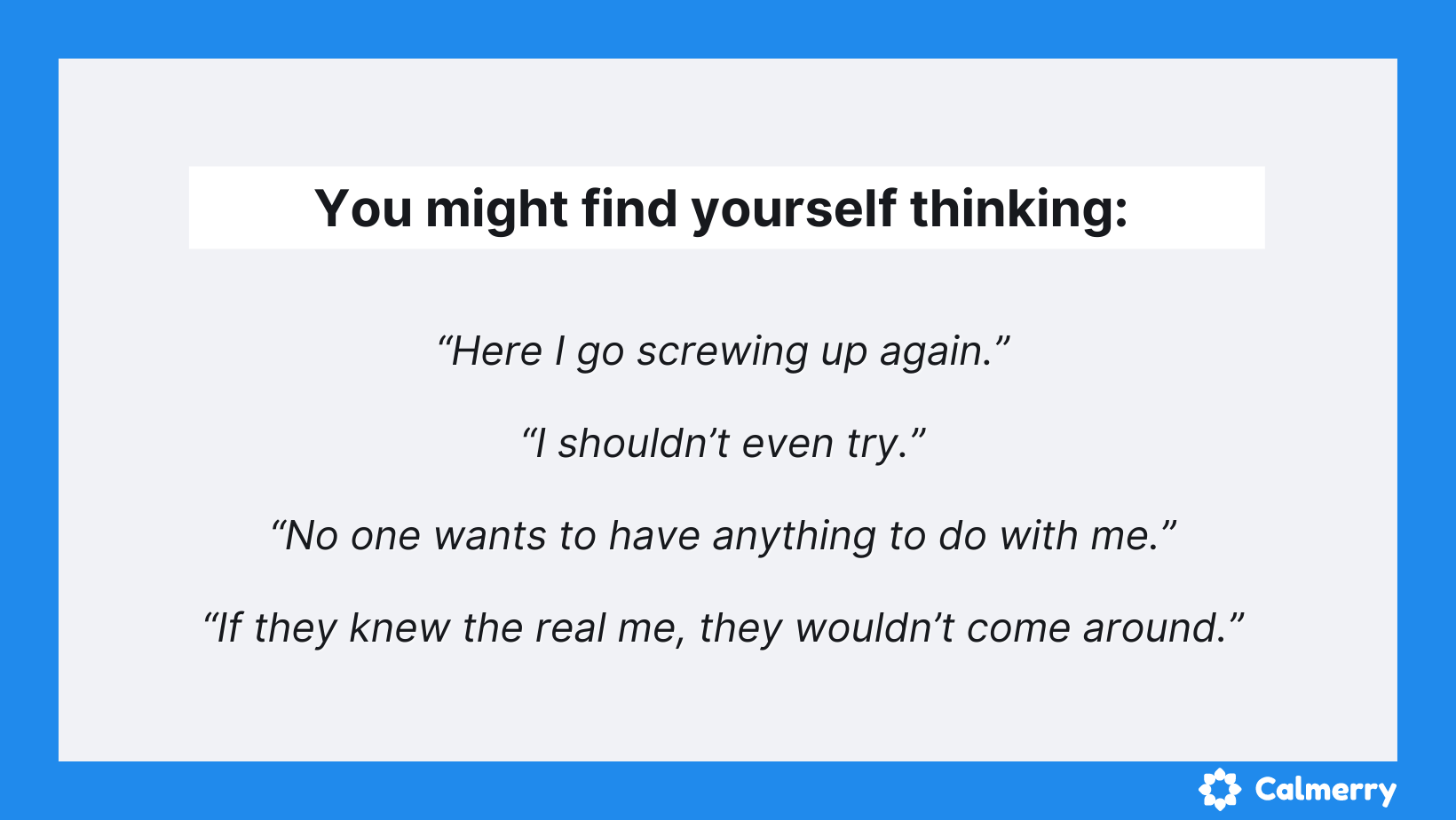 Four signs that your self-deprecation may have gotten to an unhealthy level include:

You Can’t Take a Compliment

Think of how you typically act when someone compliments you. You may feel giddy and excited that someone is taking note of your good qualities, you may clam up and feel shy, or you may even feel completely repulsed.

Extreme discomfort with praise might point to an issue of low self-esteem. When you experience yourself as deeply flawed and undeserving, a compliment doesn’t make sense and may even feel scary, as it questions your entire belief system of being unworthy.

If it’s hard to take a compliment and you’re constantly putting yourself down when someone tries to praise you, it’s time to take a closer look at your self-deprecating tendencies.

Your Knee-Jerk Response is to Self Deprecate

Some people make fun of themselves like clockwork–it’s their schtick. But if your instinct is to make fun of yourself or minimize your accomplishments, it’s important to explore where this is coming from, and why.

It’s perfectly ok to be humble and to find the humor in your own shortcomings but it’s also necessary to be able to acknowledge and appreciate the good things about yourself.

No One Else is Laughing

There’s nothing more awkward saying something you think is going to evoke all-out laughter only to have the entire room go silent. The truth is, people might sense that your jokes are coming from a dark and sad place. They may even tell you that what you are saying is not funny or that they feel uncomfortable.

If your self-deprecating jokes are consistently falling flat, it’s a clear sign that you’re going overboard and need to do some reflecting around where it’s coming from.

You Continue to Self-Deprecate When You’re Alone

If no one else is around and you continue to take jabs at yourself, it’s an indication that your self-deprecation is more than just comedic relief or a healthy dose of humility. It’s possible that some of the things you’re saying to get a laugh or demonstrate that you are modest have been taken up by your inner critic and held as true.

The Impact of Self-Deprecation

There’s nothing inherently wrong if you make a joke at your expense or a self-effacing statement. But if you’re consistently downplaying your skills or effort, you might really start to believe it.

It can also rub off on the people around you. What was once an innocent laugh, can ultimately undermine your authority and diminish the impact of your actual achievements.

Too much self-deprecation has the potential to:

When used well, self-deprecation allows you to make light of your imperfections and recognize that we’re all human, and we all make mistakes. When taken too far, the negative comments can be internalized and impact a person’s self-esteem and sense of self-worth.

Contribute to depressive or anxious feelings

When you’re continually getting the message that everything you work for isn’t that big of a deal or that you don’t measure up eventually you start to believe it–especially when it’s from yourself. That type of thinking would make anyone feel bad and put a strain on their mental health.

If you’re constantly minimizing everything that you do, you might start to feel less excited about putting yourself out there or trying something new. You deserve to celebrate your successes. Without this opportunity, it’s likely that you’ll also deplete your sense of joy and optimism.

If your self-deprecation gets to the point where the people around you feel like they have to coddle you and constantly lift you up, it can take a toll on your relationships. In addition, if you’re always joking, people might not feel like they can get to know the real you. It’s definitely important to be open and vulnerable with the people you trust, but make sure you’re not putting others in the position where they’re tasked with maintaining your self-worth. That’s your job.

Climbing up the career ladder requires skill and hard work. If you’re constantly minimizing those things for yourself, it can impact your life and chance of getting noticed and promoted. This doesn’t mean you have to go around flaunting your talents, humility is often appreciated. But you don’t have to put yourself down all the time either.

It’s possible to make fun of yourself and love yourself at the same time, though it requires thoughtful attention and self-care.

If your self-deprecation has gone overboard,  try the following 5 methods to regain your self-esteem and find that healthy balance.

Rather than making a joke every time someone pays you a compliment, try saying a simple “thank you” and, if you’re uncomfortable, leave it there and later explore why it is so hard for you to accept praise.

Let it Out in Your Journal

Journaling can help you sort through your thoughts and emotions in a safe place. Try writing about the times that your instinctual reaction was to self-deprecate. Explore what you could have said instead, including acknowledging when you’ve done something well.

Give Yourself the Benefit of the Doubt

Make a conscious decision to give yourself the benefit of the doubt like you would for any close friend. Instead of saying, I’m so dumb you could say, “I’ve been juggling a lot and forgot to complete that one task. It happens. I’ll get working on that now.”

Don’t Feed Into the Self-Deprecation of Others

When you notice the tendency of a friend, family member, or colleague to self-deprecate, try speaking up rather than laughing it off. You can also challenge the narrative by offering a different perspective, “forgetting your keys does not equate to being a moron.” Or “How about saying something kind to yourself instead.” As you do this, you’re creating a culture with your friends and community that promotes positive self-talk.

Your online therapist can support you in getting to the root of your self-deprecating behavior. If you’re struggling with self-hate or self-doubt, counseling is a great place to work through these issues so that you can learn to celebrate yourself and begin to feel comfortable with praise. 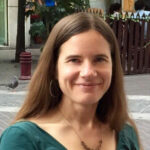 Kate Dubé is a Licensed Clinical Social Worker (LCSW) and mental health writer trained at UC Berkeley and UCSF. She specializes in creating a therapeutic space to work through daily stressors, anxiety, depression, trauma, relationship issues and life transitions, including parenthood. Kate incorporates her clinical expertise to create well-researched, accessible content on topics ranging from the individual to the systemic. When you-or a loved one-is… Read more