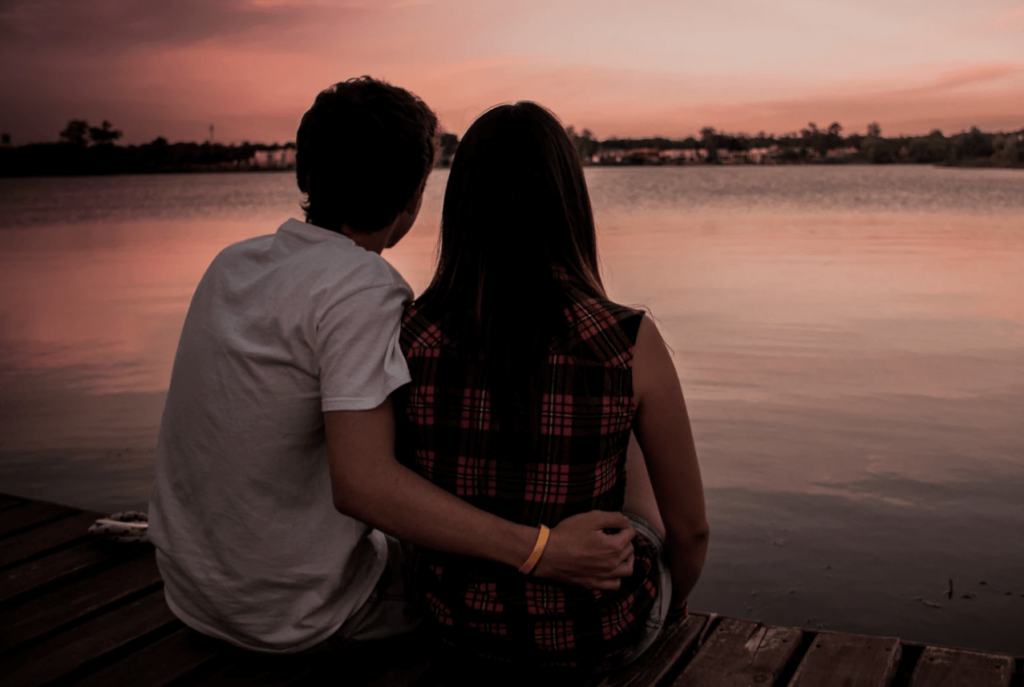 Calmerry » Love » Getting Mixed Signals? It May Be Why

Getting Mixed Signals? It May Be Why

Written by akrasovskiy on September 9, 2020

Heres a scenario: you met a guy, there was chemistry, sparks flew, you had some dates, then he ghosted. Now youre wondering what you did to scare him off. You even start to think that maybe he doesnt like you anymore. A few days or weeks later, he calls you up with the same enthusiasm, and the cycle begins again. Whats going on?
Here are a few key things about men who are crushing on a woman to consider:

Your crush might appear a little distant, and you might assume he stopped liking you, but it isnt the case. On the contrary, he could be very much into you but is just afraid to lay bare his feelings. It can be an emotional trip when you are totally into someone but cant tell their stand.
Heres the thing: your gut instincts will confirm the truth. Every love alarm bell will be going off in your mind. Yet, at the same time, the guy will be sending mixed signals causing you to think, Does he really like me? Some men like to bottle up their feelings until they are certain about them, so dont jump to conclusions first.
Even if your interest appears like theyve grown cold towards relationship prospects, there are ways to know their feelings. Men differ in their personalities, but most of these signals will hold for the majority. Knowing them will guide you on how to approach your crush and the relationship.

He May Be Afraid to Let His Guard Down, Heres Why

The fear of being rejected is the top reason men wont hang their hearts on a sleeve. Guys almost always assume that there may be someone else who is vying for your attention. Therefore, they might be afraid that you would choose someone else over them.
At the same time, the fear of past rejection and a broken heart makes most men go on their guard. A man might tell you that he never falls in love. Insecurities will keep him from opening up, and he might even go on the defensive if you broach the topic. The best thing to do is to let the guy deal with these conflicting feelings inside him. Hell then open up once hes sure its the right move.
If a man displays one or several of the signs below, you should know something is heating up. Ultimately, he should make a move and make his feelings known if the relationship is to progress.

He may seem like hes totally into you but never makes the first move. It is the number one signal to look for. The two of you might be getting closer each day, and a relationship might seem inevitable. Just when everything seems aligned, he backs away. If he becomes distant but still keeps contact and is still excited to see you, hes probably into you.
Some men exhibit a pattern of being hot and cold, and it can have nothing wrong with you. Maybe he just wants to hook up with you, but he knows that you are after a relationship. He may like you but is scared to commit because he isnt ready for a relationship.

If the guy has been uptight before but begins getting comfortable, it could be a sure sign that hes into you. He might open up to you and start being himself, but then could change and become uptight again. A man might do it if he feels like hes about to become exposed. Look out for how he acts around friends and family, as opposed to how he acts when hes around you.
If hes comfortable when you are in more intimate contact, it is a sure sign that hes into you. At the same time, he wont want to mess up by going beyond any boundaries you set. Hell probably let you take the lead about how you relate in person.

Hell Quickly Make Time for You

A guy who likes you will want to hang around you every chance they get. Ask him to drop something off for you in town, and his busy schedule will suddenly be cleared. Men want to be viewed as the knights in shining armor by their dear ones. Hell want to be the person that you call if you need anything or if you want something fixed.

Hes Scared of Expressing His Feelings to You

A man might start opening up and confiding in you. He might tell you more about himself, his hobbies, and likes, and what hes been through. However, he may fall short of broaching the subject of your relationships and where you stand. He might also be afraid to mention anything to do with former relationships. It is one of the clearest signs that hes into you but is afraid to confess.

Hell Always Trying to Make You Laugh or Impress You

While he may be bottled up on his feelings, a man who likes you will always try to cheer you up. He may flirt playfully in a bid to get you to smile. Hell crack jokes, impersonate his favorite movie character, put on something funny on the TV, etc.
One of the clear signs that hes into you is that a man will always try to impress you. Whether its with his cooking skills, singing, exercising, dressing, and anything he thinks youll notice.

He Cares a Lot About Your Comfort

Went out for a walk but didnt carry your jacket? Hell probably lend you his own and let you keep it over the weekend. Chatting late on a weeknight? Hell remind you that you need to sleep early so that you dont get up tired or late the next morning. Hell probably call or text to make sure that you had breakfast. It is a sure sign that a guy cares for you deeply.

Hell Always Defend You in Any Situation

A guy will protect the girl he wants at all costs. He might call out another person who disrespects you even subtly. Hell probably pick your side in an argument. Hell do anything to show you that hes dependable and that hes fighting in your corner.

All of His Friends Have Heard About You

His Conversations Go Beyond the Sensual

Guys who are only after the skirt rarely talk about anything else other than bedroom affairs. A one who is into you will want it to be made clear that hes after something deeper. Even though you might end up making out, therell be a way about him that goes beyond lustful desires. You will talk about everything in the world, especially things that hold meaning for him.

Hes Always Doing Things for You, Even If He Doesnt Acknowledge His Feelings

A man who wants to be with, you will buy you subtle gifts without expressly acknowledging their meaning. He might buy you a new scarf or draw a picture of you, and it will probably be his best work.

He Pays Attention to All the Little Details

A man who is into you will notice everything about you: a change of hairdo, new earrings, a new fragrance, anything. Hell also notice when your mood has shifted or when even the slightest thing is bothering you. Hell be there to offer solutions just to keep you happy.

Hes Nervous Around You or Gets Awkwardly Silently

A man wont want to mess anything up when he gets the chance to be around you. That might put him on the edge of his seat. He may start to stutter, talk faster, or even remain silent and choose to listen to you speak instead.

You Catch Him Staring at You, but He Immediately Breaks Eye Contact

Theres just something about a man who has a longing for a girl. He can never seem to keep his eyes off her. She will be the object of his attention, and it will go deeper than sensual desires. He will be conscious of you even if youre seated on the other side of the room. If you do catch him staring and he immediately shifts his gaze away, that could be a sure sign.
While having a conversation, the man might hold his gaze a bit longer. Theres just something intimate about the eyes that will immediately let you know. If you make eye contact, he might shift his gaze away because of getting nervous.

He Likes or Comments on All Your Posts

If he has all your social accounts and likes or comments on every post, even random ones, hes feeling something. However, note that someone may do it even when youve never met.

Hes Sending Mixed Signals, What Do I Do Next?

A man may send hot and cold signals for various reasons. While some carry around emotional baggage from past relationships and are unsure about the timing, others are afraid to commit. Its important to let the guy open about his feelings on their terms. Any kind of pressure may take him out, and he may suddenly back away.
Pay attention to certain body language signals from your potential crush:

Remember that a guy shouldnt make you wait too long, say years, to acknowledge their feelings if the chemistry is undeniable. Most men like to make the first move. However, if you are comfortable and can anticipate an outcome, you could take the initiative.

We hope this article has shed some light on how to know if a guy is into you. However, each individual is unique, and not all these signals will be nearly as audible or visible. If youre having trouble reading the signs, a therapist can help you decipher the code.
A therapist can also let you know more about the subject you are interested in judging by their actions. Youll learn whether its a good idea to pursue a relationship with them or not. Try online therapy or psychotherapy through text or email, which works well for your convenience.

Why Do I Feel Sad for No Reason?