PTSD in Children: What It Is and How You Can Help 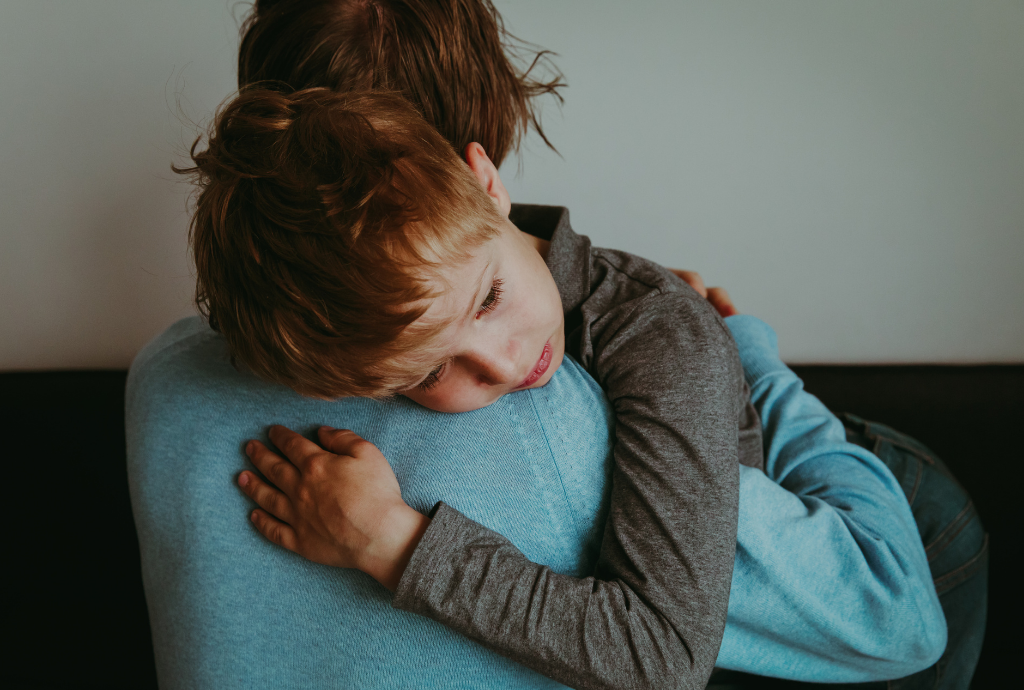 Posttraumatic stress disorder (PTSD) is a psychiatric disorder. In adults, it most commonly occurs after experiencing or witnessing a traumatic event such as war or combat, a natural disaster, a serious accident, physical or sexual assault or the threat of a serious incident.

Children can also be affected by PTSD. Children and teenagers who experience or witness a traumatic event may go on to develop the symptoms of PTSD. Although children can be affected by the same events that cause PTSD in adults, childhood PTSD can also be triggered by other events. Physical, psychological, or sexual abuse, neglect, the loss of a parent, or being bitten by an animal, can also cause PTSD in a child.

In this article we will explore childhood PTSD symptoms, and explore ways to help children with PTSD.

Posttraumatic stress disorder occurs following experience of, or being witness to, a traumatic, stressful, or life changing event. There has to be prior exposure to an upsetting event for PTSD to be diagnosed.

In World Wars I and II, PTSD was known as shell shock or combat fatigue. Following intense fighting and after witnessing pain, torture and death, some soldiers appeared to be left helpless or scared. Some returned home unable to sleep, talk or walk. At the time, some thought the condition to be a sign of weakness. Today, PTSD is better understood as a psychiatric disorder resulting from severe trauma.

PTSD can lead to flashbacks, nightmares, and intensely disturbing thoughts relating to the experience that still occur long after the event happened. Some people choose to avoid situations that may remind them of the event, or “trigger” certain feelings. They may also be sensitive to everyday occurrences that would not upset people without PTSD. For example, loud noises such as a door slamming in the wind, or being nudged unexpectedly by another passenger if the bus suddenly stops, can be extremely stressful for someone with PTSD.

The Science of PTSD

Since World War II, several theories regarding the scientific background of PTSD have emerged, which we will look at in turn.

PTSD may occur as a protection mechanism in case the same event were to occur in future. Flashbacks are seen as a method of ensuring you are better prepared to react quickly in a similar future crisis. Although the theory may be true, the process is unhelpful as recurrent flashbacks prevent a person from moving on from the experience.

Studies have shown that adrenaline levels remain higher than average in PTSD. This may explain why people with PTSD are often emotionally hyper-aroused, angry, or irritable.

Brain scans of people with PTSD have shown that the area responsible for memory and emotions is smaller than normal. This may prevent the traumatic event from being processed properly, leading to flashbacks and ongoing anxiety.

What can cause PTSD in a Child?

Sadly, childhood trauma can lead to the symptoms of PTSD occurring before the age of 18. Children who are abused or neglected by a parent, guardian or another person of power may later experience PTSD.

Other traumatic events that could cause PTSD in a child include, but are not limited to;

However, sometimes PTSD can occur after hearing about a traumatic event, rather than experiencing or witnessing it. A child may develop PTSD after hearing about the violent death of a parent, for example. Although the child was not physically exposed to the trauma, their indirect exposure can be enough to cause symptoms.

How common is PTSD in childhood?

Studies have shown that in the USA around 15% to 43% of girls and boys will go through at least one traumatic event in childhood. Of these children, 1% to 6% of boys, and 3% to 15% of girls, will go on to develop PTSD.

Some traumatic events are more likely to lead to PTSD than others. In a study of adult women, being raped was a stronger risk factor than any other trauma for developing PTSD. This was thought to be, in part, because of negative social reactions including victim blaming and being treated differently following disclosure of rape.

Children who have faced certain traumas may therefore be at greater risk of developing PTSD.

How can you tell if a Child has PTSD?

The classic symptoms of PTSD in adults and children include:

Young children with PTSD may have additional symptoms including:

In addition to the symptoms of adults, anger, anxiety, and low self-esteem are common in children. Teenagers may be at greater risk of developing destructive behaviors. They may seem disruptive, disrespectful, or rude, which can put severe strain on their relationships and cause problems between family members and friends. They may also express guilt at being unable to stop the event from happening, or have desires to seek revenge.

How can you help a Child with PTSD?

PTSD is a mental health disorder. Like other psychiatric disorders, appropriate treatment of PTSD can lead to reduction in symptoms, helping a child to recover from the condition more quickly.

PTSD often occurs within three months of the traumatic event, but in some cases its presentation can be delayed for years. It is important to recognize the condition in a child who presents with the symptoms of PTSD, even if they have not recently experienced a traumatic event.

Early diagnosis and treatment is vitally important, as this can help to ease symptoms, supporting normal childhood development and improving a child’s quality of life. Don’t delay seeking help for a child who shows the signs of PTSD.

The main treatments for PTSD include therapy such as counseling or cognitive behavioral therapy (CBT), and medications. Some children with PTSD will develop symptoms of anxiety or depression, and so it is important that these are treated alongside managing PTSD. Depending on your relationship to the child, you may need to seek expert advice to begin treating the symptoms of PTSD, or recommend that their parent or guardian contacts a medical professional.

Being an approachable adult can be helpful for children who want to express how they feel while feeling safe. Allowing a child to disclose their feelings can be particularly beneficial for children who have little social support. In some cases, however, you may need to advise a child that if you have concerns about their safety, you will need to speak to another adult.

Letting a child know that they are loved, supported and cared for is vital. Children and teenagers also need to be reassured that the traumatic event was not their fault, and that they could not have prevented the event from occurring.

If a child remains in a dangerous or risky situation, you must take steps to protect them. This may involve speaking to their parents, teacher, social worker, police department or child protection services.

Look after your Mental Health

Hearing a child talk about PTSD from childhood abuse or another traumatic incident can be very upsetting, and so it is important that you also look after your own mental health. You may benefit from talking to a therapist to discuss how hearing about child abuse and PTSD has made you feel.

PTSD occurs following a traumatic life event. It is characterized by re-experiencing symptoms, avoidance of triggers, hyper-arousal and negative mood symptoms. Children may experience additional symptoms such as muteness, bed-wetting or acting out the event during playtime.

Early diagnosis and treatment of children with PTSD is highly recommended, as acting quickly will ease symptoms and support normal childhood development processes. A child who has been treated for PTSD will also have an improved quality of life compared to one who is still experiencing symptoms.

Ensure that you protect your own mental health while supporting a child with PTSD. Contact us today to arrange online therapy at a time to suit you.

Hannah England is a freelance copywriter with a medical degree. After working as a doctor for several years, she now writes medical and well-being articles. Hannah endeavors to empower people by providing informative content that allows them to make healthy choices for improved physical and mental health. Hannah is part of the LGBT+ community and an inclusion expert, allowing her to write copy that is relevant to everyone, regardless of sexual orientation, gender, or identity. Hannah lives in a village in the South West of England. 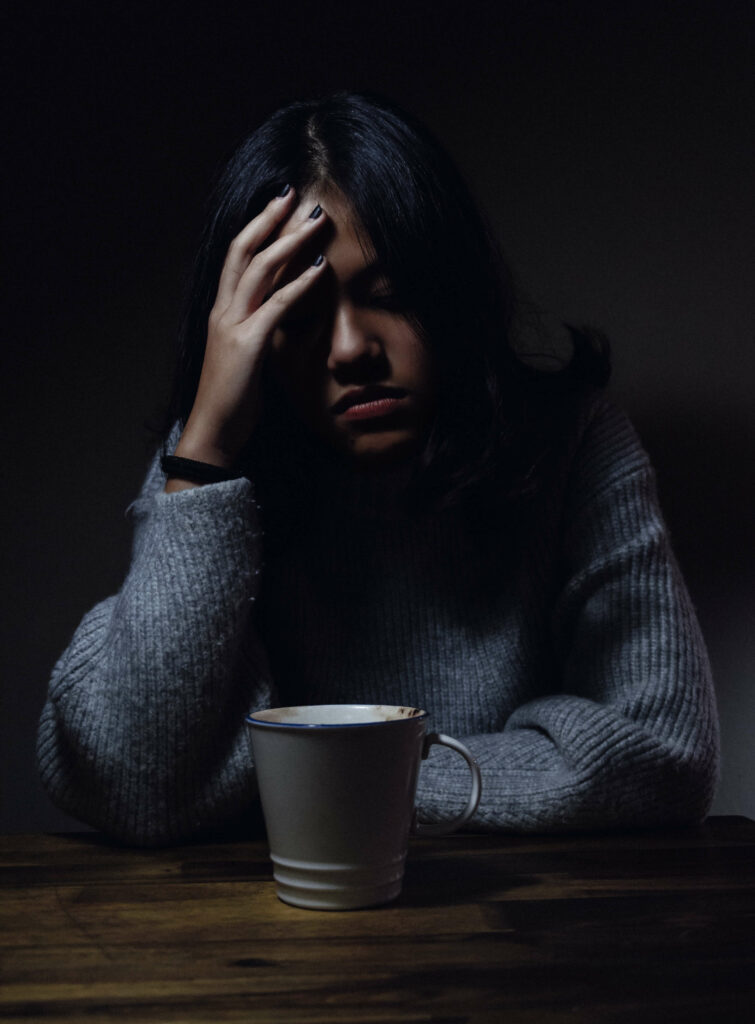 Explaining the Five Stages of Grief and Their Significance

Reading Time: 6 minutes Grief is universal, but also very personal. At one stage in everyone’s life, there is likely to be at least one encounter with grief. It could be related to the death of a loved one, the end of a long-term relationship, or the loss of a job. We all grieve in different ways. However, there are some common elements in the stages and the order… 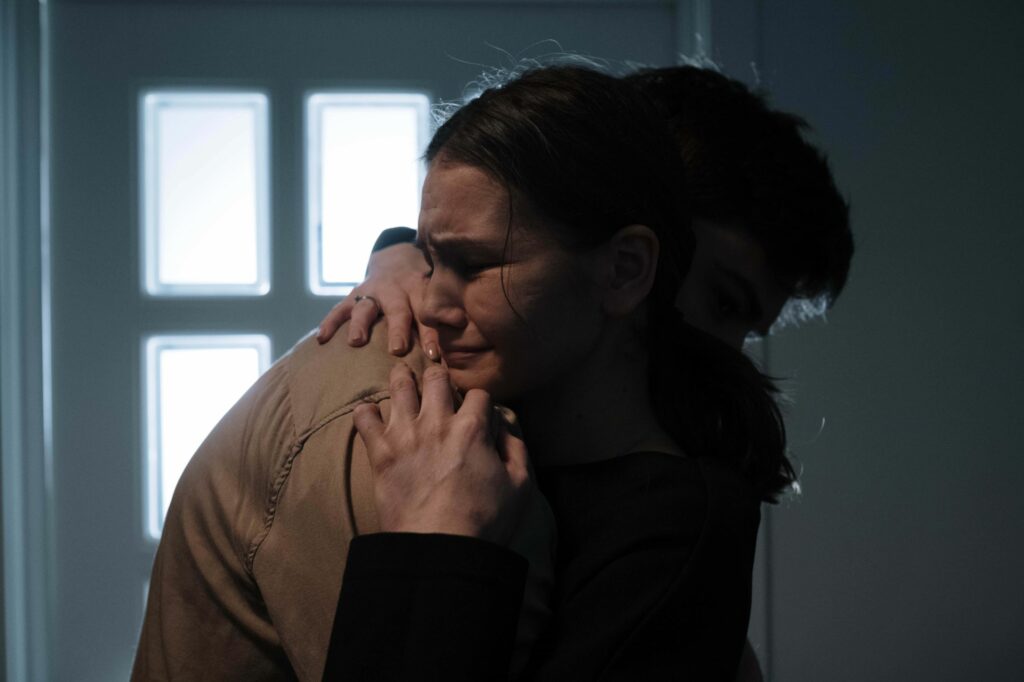 Reading Time: 4 minutes Losing someone you love is never easy; it takes time to heal, accept loss, and adjust. For most people, the feelings of hurt, sadness, and sorrow gradually ease as they go through a normal, healthy grieving process. But for some, negative feelings can persist or intensify as time goes on, making it hard to recover and resume everyday life. This is known as complicated grief,… 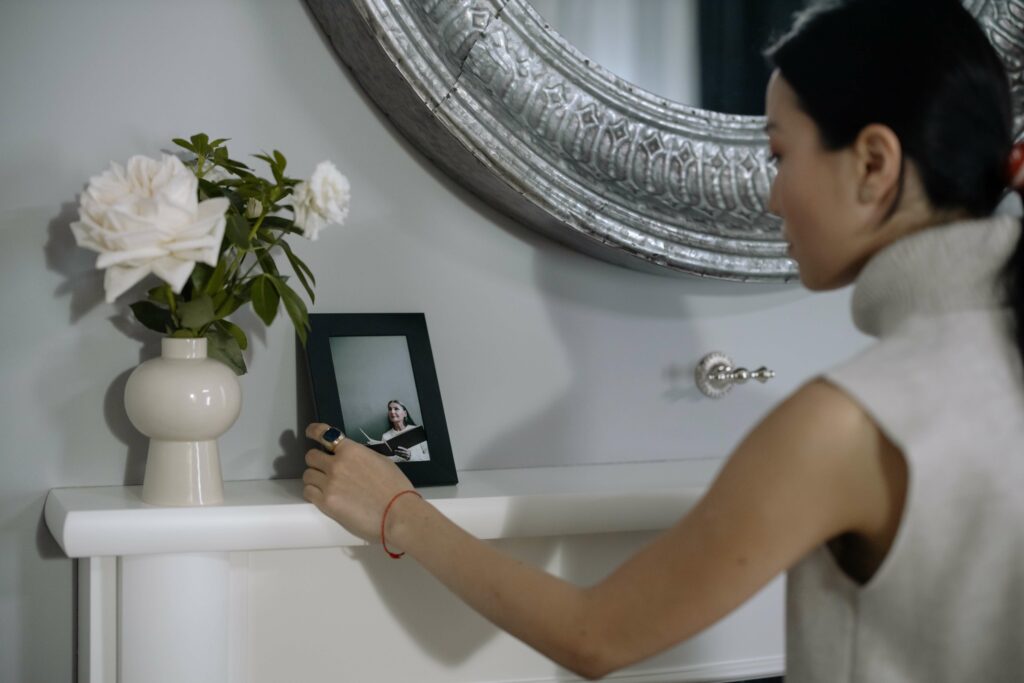 Grief: How to Cope with the Loss of a Loved One

Reading Time: 5 minutes Grief is a normal response to losing someone you love or care about. Often characterized by feelings of profound sorrow or sadness, grief can also cause you to feel other emotions like guilt, anger, and fear. It can also manifest itself physically with symptoms such as headaches, muscle pain, digestive problems, and feeling very tired and weak. Grief is a unique and personal experience, so…