Beyond a Childhood Disorder: Separation Anxiety in Adults

Nearly everyone gets a taste of separation anxiety during their life. As an infant or toddler, it’s a healthy part of our development to feel upset and concerned when we’re separated from our parents or primary caregivers.

Most children start to outgrow this separation anxiety around the age of three, though for some, it grows in intensity or shows up later in their lives and can significantly impact their ability to function.

What is separation anxiety?

Separation anxiety is the experience of fear, distress, or worry when a person is separated from important people (or pets) in their life. It often involves an intense concern that something terrible will happen while you’re apart.

With infants, separation anxiety is often a result of the child recognizing that they are dependent on their caretakers, which makes it hard to feel safe when not together.

Sometimes, just the thought of being separated from an attachment figure can cause great distress for a person with separation anxiety disorder.

Anxiety disorders can have both emotional and physical impacts. For example, at the thought of being separated from their parent, a child may become fidgety and upset or actually feel sick to their stomach and refuse to eat.

People with an anxiety disorder may experience

As a diagnosable condition, separation anxiety disorder has a set of diagnostic criteria including an excessive fear or anxiety concerning the separation from certain attachment figures that is accompanied by three or more of the following symptoms

To be diagnosed by a medical professional or licensed therapist, these symptoms have to occur for at least four weeks in children and 6 months or more in adults. In addition, they generally need to be severe enough that they cause significant distress and interfere with the person’s ability to live their life.

Previously thought to be an exclusively pediatric diagnosis, separation anxiety disorder is now known to occur in both children and adults.

Recognizing this shift in thinking, the latest revision of the Diagnostic and Statistical Manual of Mental Disorders (DSM) changed the classification of separation anxiety disorder from “Disorders Usually Diagnosed in Infancy, Childhood, and Adolescence” to “Anxiety Disorders.”

An adult can have separation anxiety that persists from childhood, is a recurrence from childhood, or is a completely new issue that begins in adulthood. One thing to note is that a childhood onset of separation anxiety disorder has been linked to the development of additional mental health disorders in young adulthood, while an adult-onset is linked to co-occurring mental disorders.

Separation anxiety disorder has similar symptoms in both children and adults. One difference between the adult and childhood disorders is that with children, the anxiety is typically centered around parents or other caretakers while with adults, the anxiety can be linked to any person (or pet) with whom they have a strong emotional attachment including children, partners, siblings, or parents.

This can mean that children will avoid going on field trips, participating in after-school activities, or doing anything that keeps them away from their caregivers. With adults, they may avoid an important work function, miss their doctor’s appointment, or experience great distress when the people they’re anxious about going out into the world to live their lives.

Generalized anxiety disorder involves excessive fear and worry about any number of events. Amongst other things, a person with GAD may worry about an unforeseen tragic event or illness happening to a loved one. GAD is also linked to emotional and physical symptoms that can greatly impair daily functioning. If the anxiety is not limited to a separation from attachment figures, it’s possible the person has generalized anxiety disorder instead.

Panic disorder is an anxiety disorder that involves recurrent panic attacks and the fear of panic attacks. Panic attacks can happen abruptly and may involve a pounding heart, sweating, difficulty breathing, chest pain, nausea, light-headedness, numbness, fear of dying, and even a detachment from reality. While a person with separation anxiety disorder can experience panic attacks, a main difference is that there isn’t dread with anticipation of another panic attack to come.

Agoraphobia is an anxiety disorder that revolves around the fear of being outside of the home alone, in a crowd, in an enclosed (e.g. movie theater) or open (e.g. field) space, or using public transportation. Fear of leaving the house is also a common symptom of social anxiety disorder, though in this case, the reason for not wanting to leave is rooted in the fear of being separated from the important attachment figure.

A combination of issues

In addition, some of the symptoms in adults including being controlling, jealous, or overbearing can also overlap with signs of an abusive relationship.

In severe cases, separation anxiety disorder can cause major problems in functioning and combine with other disorders such as obsessive-compulsive disorder or depression, which may amplify the symptoms.

In addition, there may be a link between adult separation anxiety disorder and suicidal thoughts. If you experience thoughts about suicide in conjunction with your separation anxiety, it’s important to reach out for help and let someone know.

While the causes of separation anxiety disorder are yet to be determined, several risk factors have been identified or theorized including

Risk factors are one way of understanding a mental health condition and recognizing potential opportunities for early intervention. That said, having any of these risk factors does not necessarily mean that a person is going to develop separation anxiety disorder. And not having any risk factors doesn’t mean they won’t.

How to deal with separation anxiety in adults

For general feelings of separation anxiety that do not meet diagnostic criteria, you may consider trying some techniques to get comfortable with the idea of parting including

If you start to notice that your fears of separating from the people who are important to you are causing you to withdraw from your friends, family members, and colleagues, miss a fair amount of work or school, avoid leaving your house, feel physically ill, or experience anything else that gets in the way of your life, consider getting assessed for social anxiety disorder.

More research is needed to determine the best treatment for adult separation anxiety disorder, though current treatments include

It can be helpful to connect with an online therapist whether you have a few nagging symptoms of separation anxiety or are dealing with a diagnosed separation anxiety disorder. Your therapist will work with you to uncover your specific issues and develop a treatment plan that aligns with your ultimate goals so you can live your life on your own terms. 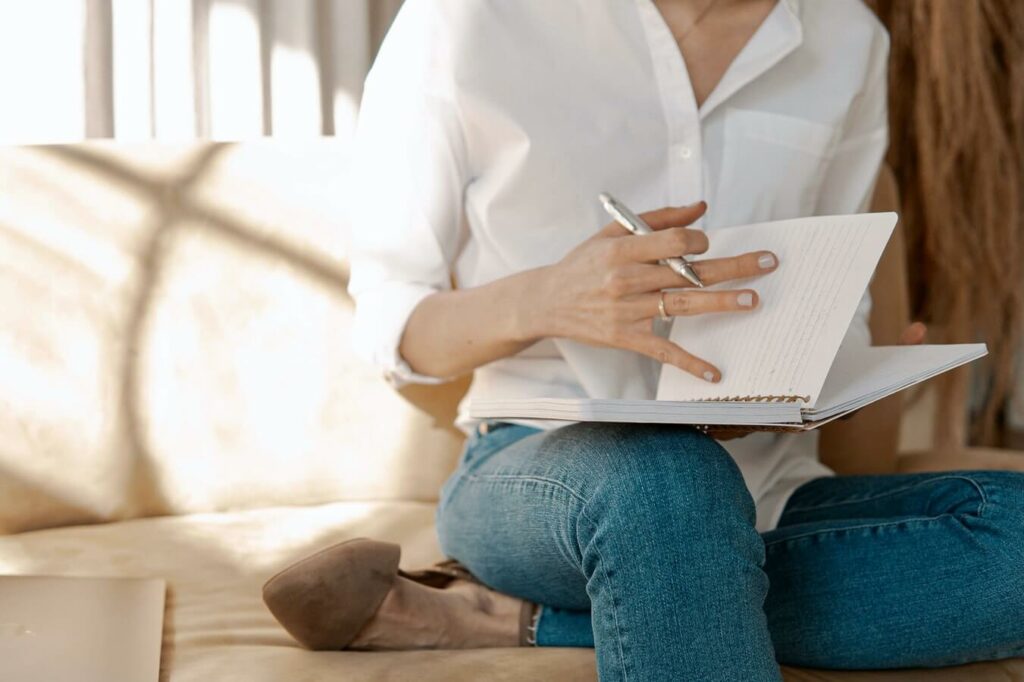 How To Use Journaling For Anxiety? | Calmerry

Reading Time: 5 minutes Coping with anxiety can be difficult. As you face challenging demands each day, you may not know how to deal with the resulting stress. Your body and mind need help, and journaling is a useful resource. Here is everything you need to know about journaling for anxiety. What Is Journaling? Journaling is writing your thoughts and feelings. There are no rules about how you should…

Reading Time: 4 minutes Mastering various grounding techniques for anxiety is crucial for managing anxiety, unwanted memories, negative emotions, and post-traumatic stress disorder (PTSD). After a traumatic experience, you may often have flashbacks and anxiety attacks. You may also be overwhelmed with feelings of worry and find yourself spiraling in negative thoughts. When this happens, it’s vital to get control of your emotions and focus on the present. Grounding… 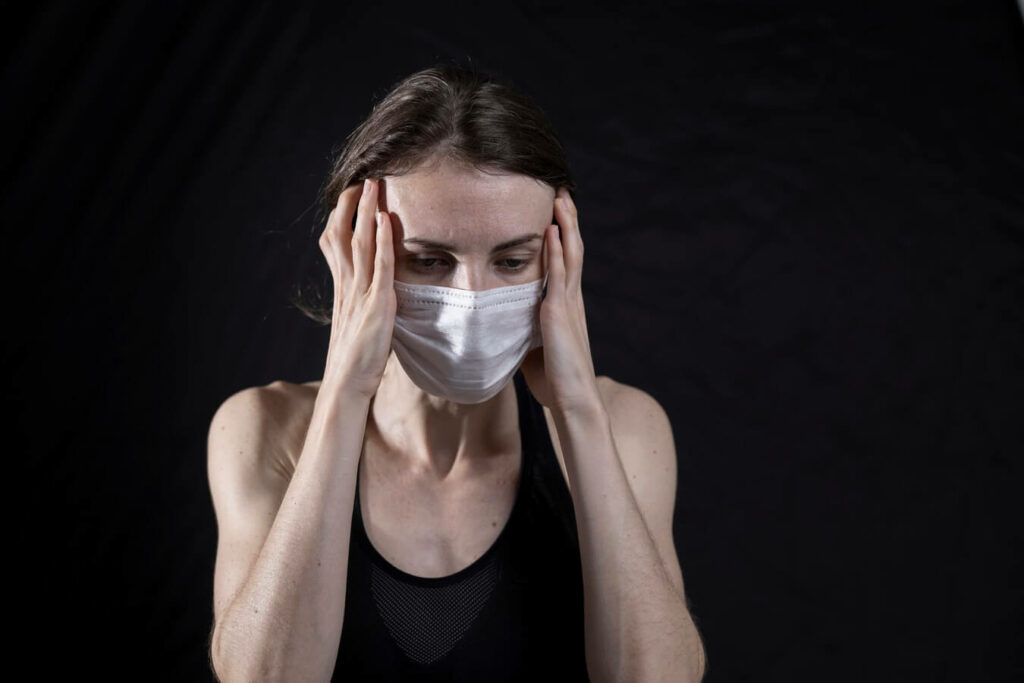 Understanding Anxiety: What to Do When Everything Feels So Overwhelming?

Reading Time: 5 minutes What is anxiety? Why do you feel that awful sense of dread when you encounter stressful situations? Is there anything you can do to stop yourself from spiraling out of control? Yes, there is. Anxiety is a natural and understandable reaction to situations that trigger your fight-or-flight response. Luckily for you, there are ways to cope with it. To understand anxiety, you should know how…