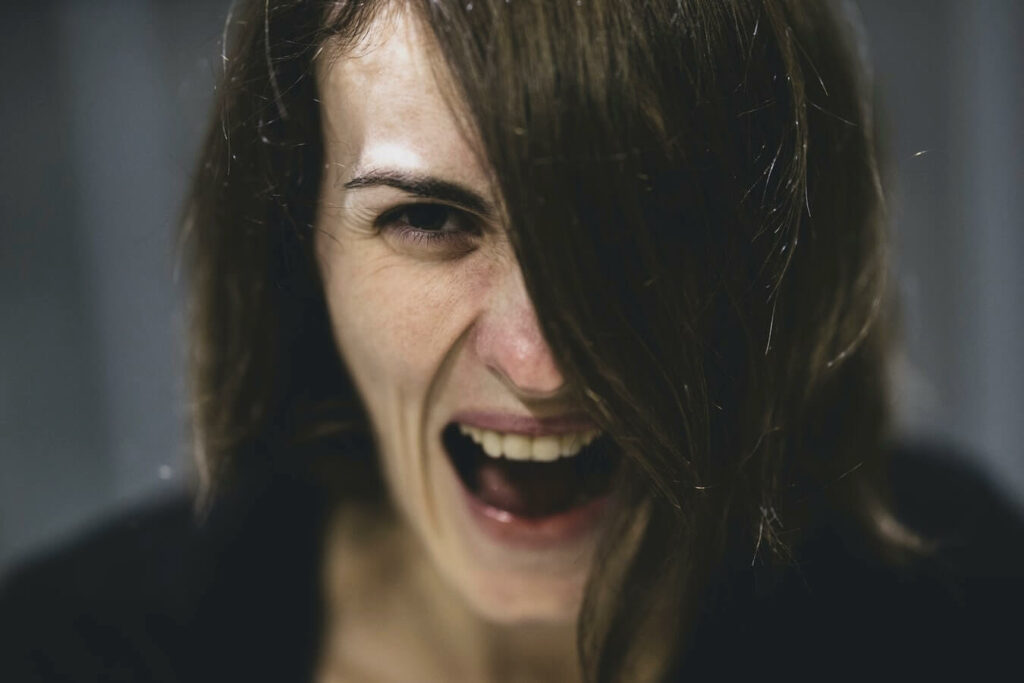 What Is a Toxic Mother? Signs and Effects on Relationships

Your friends are going to reunite with their moms after a long time without seeing each other. Its not the same for you. You dread these meetings. The mere thought of spending a few days with your mom stresses you out. You cant remember ever enjoying a day with her.

Sounds familiar? Theres a high likelihood she is toxic. Most people raised by a toxic parent dont realize that theres a problem, especially if their needs are met. They consider it normal. Most people notice the effects of unhealthy relationships only in adulthood.

However, its possible to move forward. The first step involves understanding why your mother behaves the way she does. With this information, youll realize that the reason has nothing to do with you and hopefully decide to make a positive change for both of you.

In this article, were going to explore the telltale signs of a toxic mother. Weve also shared tips on how to work on building a healthier relationship and mend things with your mom.

Is Your Mother Toxic? 8 Telltale Signs

Most children believe they are to blame if they cant get along with their toxic mother. You shouldnt blame yourself for your mothers toxic behavior. She could be behaving that way for different reasons, ranging from childhood trauma to complicated family dynamics. Everyone is different and has various triggers.

Nonetheless, you must understand what makes up a toxic mother. With this article, you can make healthy changes and transform your relationship. However, you should know that most parents show some of these signs. It only becomes toxic if they are displaying two or more of the points below consistently.

Do you feel like its impossible to please your mom? She finds fault with everything you do. No one can seem to meet your mothers level of perfection, either. If your mother checks these boxes, she is toxic.

The toxic mother disapproves of everything anyone does. It doesnt matter if you did your best, or the task is perfect. Shell always notice the bad before the good.

She Wont Stop Controlling You

Toxic people often expect you to do as they desire, even if its not what you wish. A toxic mom will want to have a say in your everyday life. From what you wear, who you hang out with, to who you date, its her way or the highway. She doesnt try to find out your opinions or feelings in different situations. She just expects you to live by her rules.

In most cases, such individuals will also try to control other people in their lives. Youll notice the controlling behavior towards their spouse and even friends.

She Relies on Emotional Blackmail

When a toxic mother doesnt get what she wants, shell often result in emotional blackmail. Such a parent either uses the silent treatment or does whatever it takes to make you believe youre to blame. Shes had a lot of practice with you. She knows which buttons to push and when. Therefore, mom knows you will bend to all her demands if she uses this approach.
If you find that youre always changing your mind when your mother gets upset about something, its a toxic relationship.

Guilt-Trips and Manipulation Are the Order of the Day

If its not emotional blackmail, most mothers with toxic behavior will turn to accusations or manipulation. She will stop at nothing to make you feel guilty for her toxic traits when you question her. Its also common for toxic mothers to blame their children for their failures and shortcomings in life.

Because she knows which buttons to press, shell know exactly what to do or say to bend you to her will. Whats the result? You often find yourself doing stuff to please your mother while disregarding your needs.

One word that doesnt exist in toxic mothers vocabularies is boundaries. When youre a child, youll notice it in innocent situations. Your mother will walk in while youre taking a shower and offer to scrub your back. Theyll get into your room while youre getting dressed and invade your privacy in multiple ways.

While this behavior may seem harmless when youre young, it gets worse when youre an adult. A toxic mother will go to the lengths of calling your spouse or boss to discuss you. Theyll also often show up to your house without invitation and may even go through your mail or phone.

Disregards Your Feelings and Opinions

Toxic mothers also dont regard ones feelings. If youve tried to address the problem, chances are shes shut you down by criticizing or belittling you. She makes it clear that expressing dissatisfaction about her behavior is not allowed and punishable.

Again, shell result in guilt-tripping, trying to manipulate you, and criticizing you for avoiding confrontation. And in cases where youre upset about other things, shell not hear it either.

A toxic mother will also have no problem humiliating you in front of your friends and relatives. Shell make jokes about you or tell embarrassing stories you shared in confidence without any regard for your feelings. And when you confront her, youll often be met with, Youre too sensitive or You cant take a joke.

The last thing a toxic mother will do is apologize to you. If youre upset, she will use passive-aggressive behavior to make you feel guilty. Shell show up late for meetings intentionally or give you the silent treatment. In some cases, she may also deliberately delay something important to you to get back at you.

Toxic Mothers: How Do They Impact Our Relationships?

Theres no doubt that this kind of relationship with a mother is far from healthy. Youll see these relationships mostly with daughters and their moms compared to sons. Nonetheless, such an issue can have a detrimental impact on ones relationships. Heres how.

You Lack a Sense of Identity

People with a toxic mother often lack a sense of identity as well. While growing up, their entire mothers focus was on herself and what she wanted. Therefore, they grow up doing things to please their mothers and never stop considering what they want. They also dont get a chance to make choices that impact their sense of self.

You Doubt Yourself Too Much

How you end up viewing yourself as an adult has a lot to do with how you were raised. Confident adults most probably grew up in households where they were constantly encouraged and challenged to try new things. Its different for children with a toxic mother. She makes you feel unworthy and as if your opinions dont matter.

As a result, you end up doubting everything you do. You may find that youre passing on opportunities because you question your value. In some cases, you may not even accept a compliment because you believe youre not good enough.

Youre Not Comfortable Opening Up

People whove grown up with toxic mothers also have a hard time opening up about their feelings. While growing up, you were used to constant criticism, no matter what you did. Expressing your emotions became something bad and has always followed with consequences.

As a result, you grow up believing its wrong to open up. This mindset makes it challenging to talk about your feelings, even when youre in a safe space.

You believe that nothing you do will ever be good enough. Therefore, you grow up feeling inadequate. In every situation, you feel powerless and as if you have nothing to offer. Youll feel this way in relationships, at work, and when trying to accomplish goals.

You Self-Sabotage a Lot

Due to the feeling of inadequacy, youll often feel the need to self-sabotage due to fear of failure. If youve been criticized even in situations where you did your best, you start believing your best isnt good enough.

Individuals whove grown up with toxic mothers will often sabotage their relationships as well. When they find someone who listens to their opinions and concerns and doesnt criticize, its outside their comfort zone. Theyre used to not being acknowledged or heard. Therefore, they will prefer a relationship similar to the one they had with their mother.

You Have a Strained with Your Siblings

A toxic mother wants each of her children to bend to her will. The only way to do it is to triangulate the relationship and create a tense environment.

In such homes, youll find that the siblings are often in rivalry with one another. And the mother doesnt help because thats how she wants it. You and your siblings are more likely to obey her will if youre not in good terms. Not to mention, youre less likely to confront her about her bad behavior when you are at loggerheads with your sibling.

You Tolerate Abuse and Ill-Treatment

A person who grew up in a toxic environment is more likely to tolerate poor treatment or abuse. Your boss will cross the line, but you wont report it. Youll think its your fault, and you deserve the poor treatment.

Youre also more likely to take abuse from a spouse or stand ill-treatment from friends. Youre afraid to defend yourself because when you stood up to your mother, it never ended well.

You Dont Embrace Yourself in Fear of Threatening Others

Youre also more likely to dull your shine to please others. You are afraid to outshine other people or standout because you fear rejection. Individuals who have a toxic relationship with their mother will also often pass up promotions and not volunteer for incredible opportunities. Theyre comfortable in the background because they were never allowed to excel at home.

Can You Fix the Relationship?

You can do something about it. Consider the following:

For mothers to be regarded as toxic, they exhibit certain traits consistently. However, youre not powerless in the situation.

To fix the relationship and begin a path of healing, the key takeaways are:

It is the only way to remedy the situation and start a new healthy relationship with your mom. Also, understand that fixing a toxic relationship with a mother isnt a walk in the park. Youve grown up with her behavior and taken it for years. It will take time and effort to fix your relationship and develop healthy boundaries.

Take advantage of online therapy service. Its cost-effective and available round the clock. So dont accept your toxic relationship with your mother to ruin your life. Use our services to fix your relationship and start making positive choices for your life. Its a journey youll be glad you decided to start!