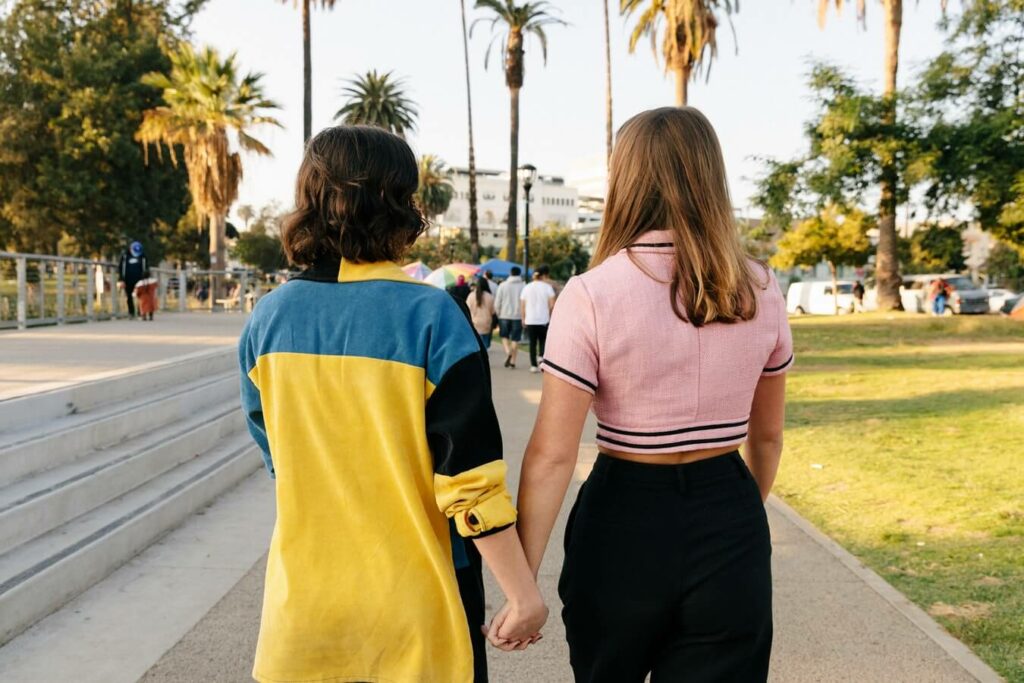 What Does It Mean to Be Aromantic?

Is being aromantic the same as being asexual? Aromanticism is often confused for asexuality, but these two orientations are not the same thing. And while someone might identify as both (an aromantic asexual), identifying as either identity doesn’t necessarily mean that you are the other.

This article covers the topic of asexuality and aromanticism, explaining both concepts and highlighting their differences. We also tell you how an aromantic relationship looks like to help you identify one. There are several other identities under the asexual/aromantic umbrella, and we cover them here as well. Lastly, we reveal the tell-tale signs for an aromantic person. So, if you are uncertain whether you are one or not, you are about to know for sure.

What Does It Mean to Be Aromantic?

Being aromantic means that you experience no romantic attraction, and if you do, it’s very little. A person who ascribes to this romantic orientation will form connections without having any romantic intentions. They form bonds purely for platonic reasons, and many of them will tend to get into queerplatonic partnerships (QPPs).

While a QPP is platonic, it still has the same level of commitment as a romantic relationship. Some people in QPPs might even go on to live with, marry, or have kids with their partners.

How Does Being Aromantic Differ from Being Asexual?

To tell the difference between being aromantic and asexual, we need to define both terms. And since we already know what aromantic is, let’s now define asexual.

An asexual is a person who experiences no or almost insignificant sexual attraction. It means that they do not feel the urge to engage in sexual activity with others. It helps to appreciate that attraction and action do not imply the same thing in this case. An asexual person might still engage in sexual activity with someone without having a sexual attraction to them. They will also desire to enter into intimate relationships and may be attracted to the same sex or another.

An aromantic person will show no interest in romantic relationships or their depiction, whether on the media or in real life. An asexual person, on the other hand, will show interest in romance but will have no urge to participate in sexual activities, either alone or with someone. Besides, an asexual will experience no sexual attraction to others.

Some asexual people also identify as aromantic (and vice versa), meaning that they experience neither sexual desire nor romantic love. Nonetheless, many will tend to identify as just one or the other.

The couple will go about daily life pretty much the same as everyone. They will have coffee together, pray together, see each other frequently, and even talk all the time. Some have even gone ahead to start families by having children. It shows that while sex might be in the picture as well as many other “relationship staples,” what lacks in these partnerships is romantic attraction.

Other Identities Under the Asexual/ Aromantic Umbrella

Asexuality and aromantic identities are represented by ‘A’ in the LGBTQIAP+ group. However, they are among other identities that are collectively referred to as the Ace-spec. There are diverse identities under this umbrella, with the most common ones being:

Derived from the term reciprocate, people who identify under these groups only experience sexual/romantic attraction if the other party does. These orientations can be standalone or exist along with other identities, for example, recipromantic gay.

An individual who is aceflux or aroflux fluctuates between sexual and asexual or romantic and aromatic, respectively. That is, they may feel sexual/ romantic attraction at one time and be asexual/ aromantic at another. Some people under this orientation may, sometimes, identify outside of the spectrum entirely.

These identities are also sub-spectrums under the asexual/ aromantic umbrella. This group represents people who only experience attraction, sexual or romantic, after forming a deeper connection with somebody. They don’t experience love at first sight and need to really know a person to develop sexual/romantic feelings.

Akoisexual/akoiromantic refers to an individual who experiences sexual/romantic attraction towards another person, but the feelings go away if reciprocated. The group also includes people who do wish or desire that their feelings be reciprocated.

How to Tell if You’re Aromantic: Common Signs

Aromanticism is a broad spectrum, which means that people will experience it differently. However, some aspects cut across the board. If you want to know whether you are aromantic, here are some things to look out for:

Aromanticism is a recognized orientation under the LGBTQIAP+ and one that includes many people around the globe. Only you can tell if you’re aromantic by examining the signs above. But therapy is always an option if you are struggling with aromanticism or accepting yourself as an aromantic. You can work around the feelings, embrace self-acceptance, and create a path to living a fulfilled life.